It's been a long and amazing ride

We would like to begin by introducing you to Robert Frank aka "Ferd", born in 1950 and raised in the St. Louis area. Ferd began working for his father who owned Loghboro Auto Body on the southside of St. Louis at the age of 13. Over the next few years the body shop became a place for all of Ferd's buddies to hang out and work on cars. A life-long love of Ferd's was born. However that wasn't Ferd's only passion. His other was music. Ferd played the trumpet all through school until the Beatle's came onto the scene. Ferd's musical passion shifted from trumpet to guitar when the Beatles started gaining popularity. "Girls weren't really into trumpets, but they sure loved guitars" he chuckles, thinking back.

His love for playing the guitar grew more and more as he began playing in different local bands. Until one day he received a call that would forever change his life and remove him from his family business. A shift was under way that would remove this young man from his birth place to achieve his dreams.

In 1976, that call came from a fellow friend in the music industry. It was about an opportunity for an audition with Johnny Cougar's band, known simply today as "John Mellancamp". He aced the audition. Ferd and Johnny hit it off. He began traveling with Johnny and the band. Over the next few years they finished 3 albums, and was well into the fourth album "American Fool" with hits such as "Jack & Diane" and "Hurt So Good". While Ferd was walking across his living room floor with a tray of food he tripped, and a glass container of oil-based dressing fell to the ground and shattered causing Ferd to slip and fall impaling his hand with glass. Ferd needed immediate surgery. Surgery revealed he had severed tendons in two fingers which ended Ferd's guitar playing days.

He soon moved back to St. Louis, MO. His father had passed, and he reopened another body shop repairing high line automobiles. An individual who worked with Ferd heard of a method to remove door dings without re-painting the panel, but Ferd didn't believe it. Then one day Ferd was invited to see it in action. Ferd and his friend Linn drove to Springfield, MO and met Jerry Powell who they heard was training individuals. They saw the demonstration, and quickly realized this is what they wanted to do - Paintless Dent Removal - at the time it was called "Ding Removal". A week later they were in their 2 month training program, and that was the the birth of Dent Squad in the summer of 1989. Today Dent Squad is the oldest verifiable PDR Shop in the U.S.A., and on October 30th, 2020 Ferd sold Dent Squad to his industry friend, Randy Hobson. 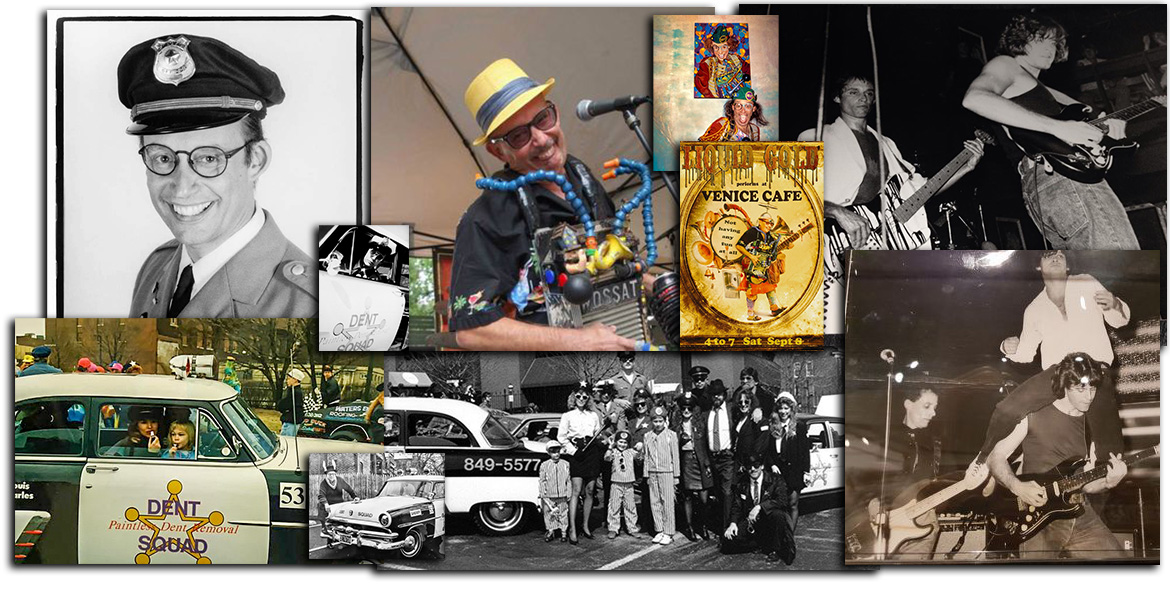 from rock star to industry pioneer

We Even Had to Make Our Own Tools!

Randy Hobson, like Ferd, was also born and raised in the St. Louis area. Hobson graduated from Pattonville High School and started detailing vehicles in the early 80's for his sunday school teacher who had a detailing shop in St. Charles. Hobson was 15 at the time and worked his way through school after hours and on Saturdays detailing and cleaning vehicles for local dealerships and body shops. In the early 90's he began learning the art of Paintless Dent Repair.

Much like Ferd, he also had to make his first set of tools. They can be seen around the shop on the walls at the original Dent Squad location in Crestwood. "It absolutely amazes me how junky our tools were back in the day. The fact they would even do their job with as thick the gauge of metal used on vehicles compared to today still astonishes me", says Hobson. "Most of those early tools were junk compared to what is available today. Oh how far the technology has come!"

Comparing yesterday to today is like comparing the Flintstones vehicle to a spaceship. Today's vehicles are computers on wheels. Nothing in or on a vehicle today can operate without the advice from the computer.

Sensors began with the automatic seatbelts in the early 80's to today with sensors throughout bumpers, mirrors, airbags, seatbelts, headlamps, taillights, tire pressure and now even autonomous driving sensors and cameras! We've grown with the industry as these changes and technology have evolved. We as technicians are responsible for each and every repair, but more importantly the safety of our repairs to the vehicle is the most important factor moving forward.

Hobson continues to have an important role in the industry. He is host of an industry insider show called PDR Interviews where he brings important stories and topics to the Paintless Dent Repair community with his weekly show, hosts a very large Facebook group with over 16,000 professionals in the field as members, and has also received several industry awards. Randy is ARC Master Certified and one of the most sought after technicians in the country for advice on repairs, systems and processes that are changing daily in the Paintless Dent Removal Industry. 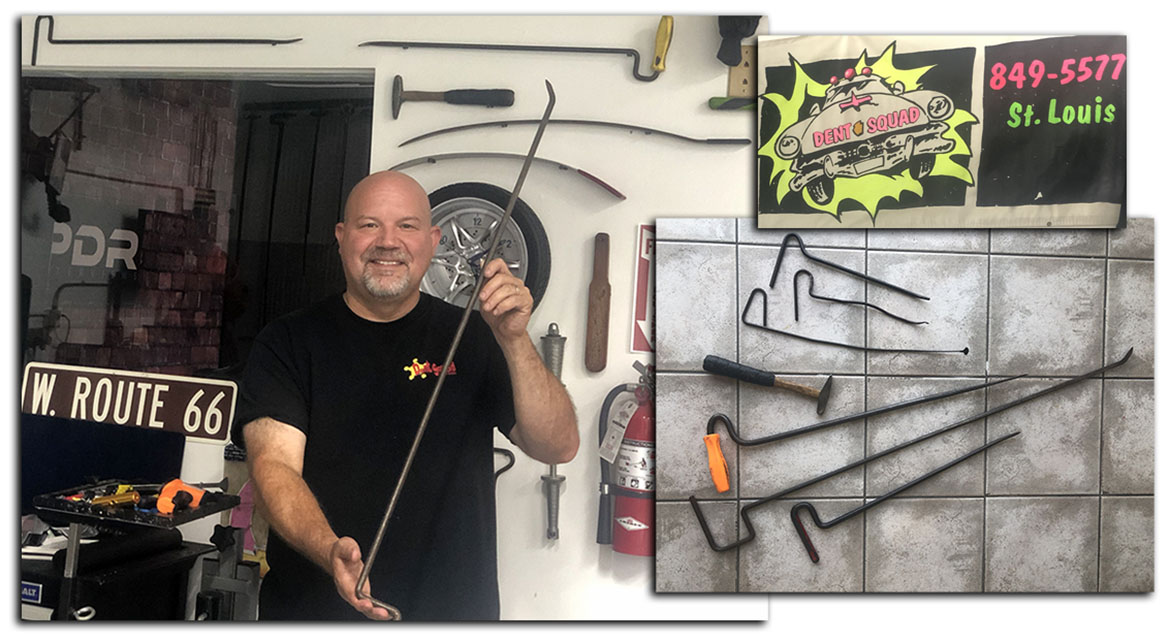 It absolutely amazes me how junky our tools were back in the day. Oh how far the technology has come!

In 2017, Hobson was awarded the Rufus Lowrey Memorial award of "2017 Mentor of the Year" at the Mobiletech Expo, a professional industry show held each year in Orlando, Florida. "I couldn't even believe my name was called. I thought I was getting an award for attendance since I've never missed a show from day one".

In 2020 at the Mobiletech Expo, Hobson's name was called over the microphone at the awards banquet. He was nominated with the Tom Nations Memorial award of "2020 Person of the Year". "All I can say is I absolutely love this industry. It's really all I know, and I'm still so very honored to receive those awards". 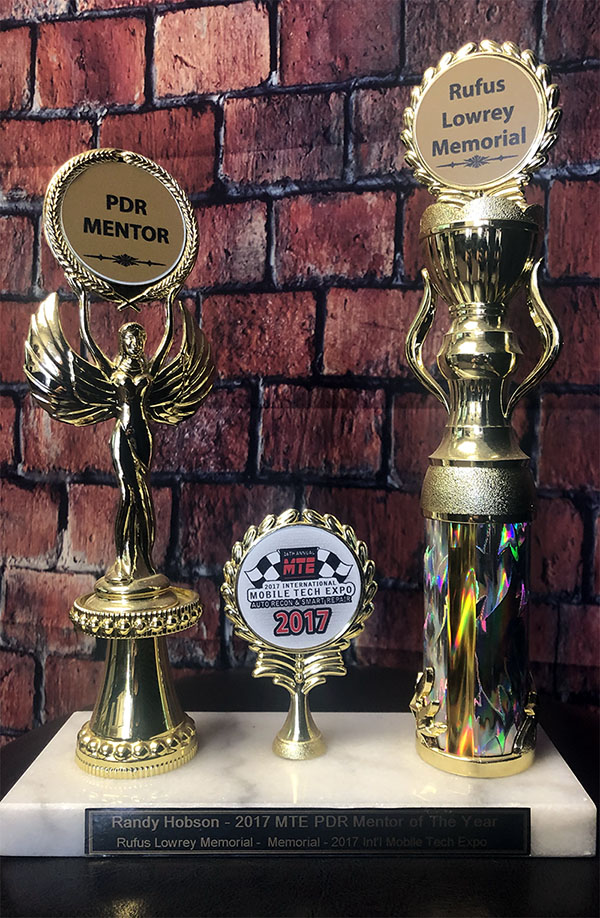 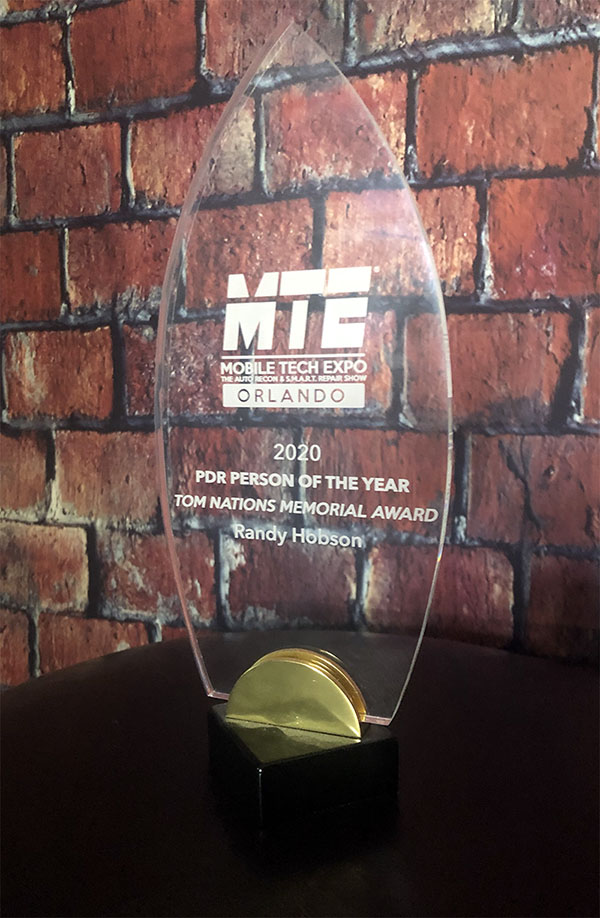 from back in the day 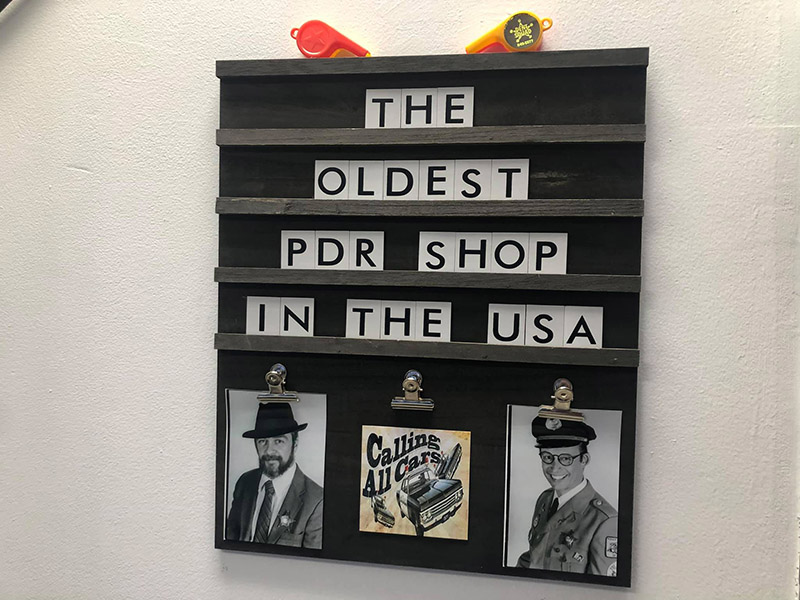 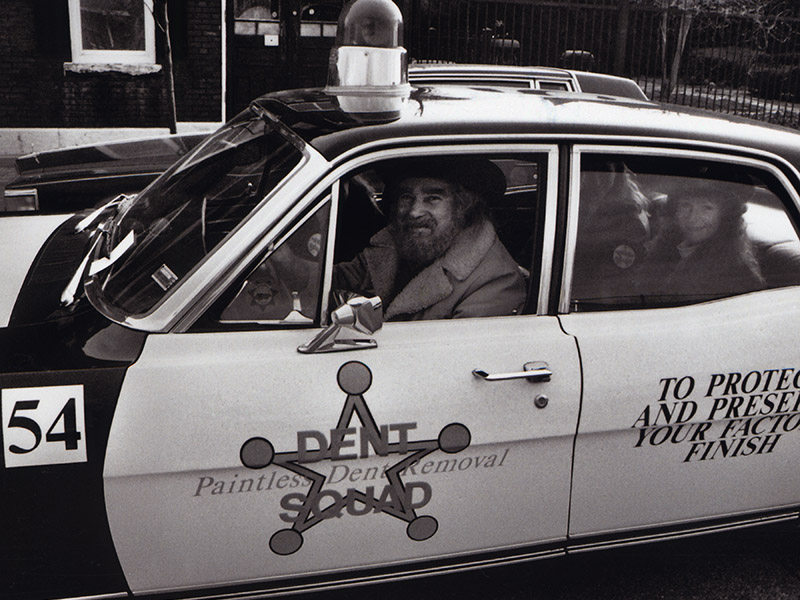 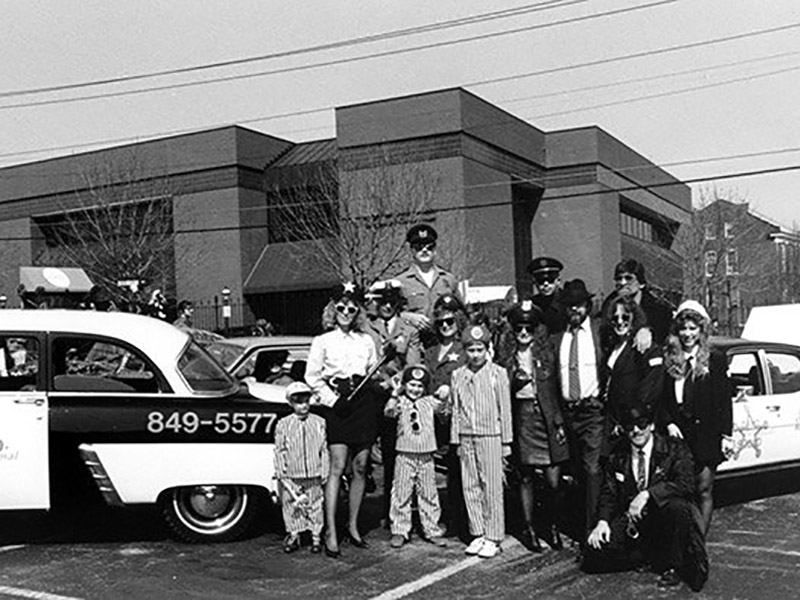 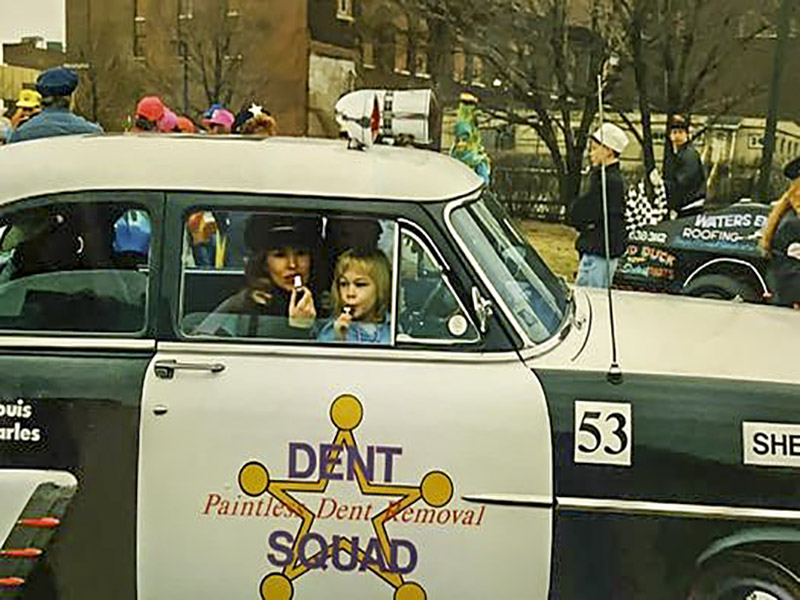 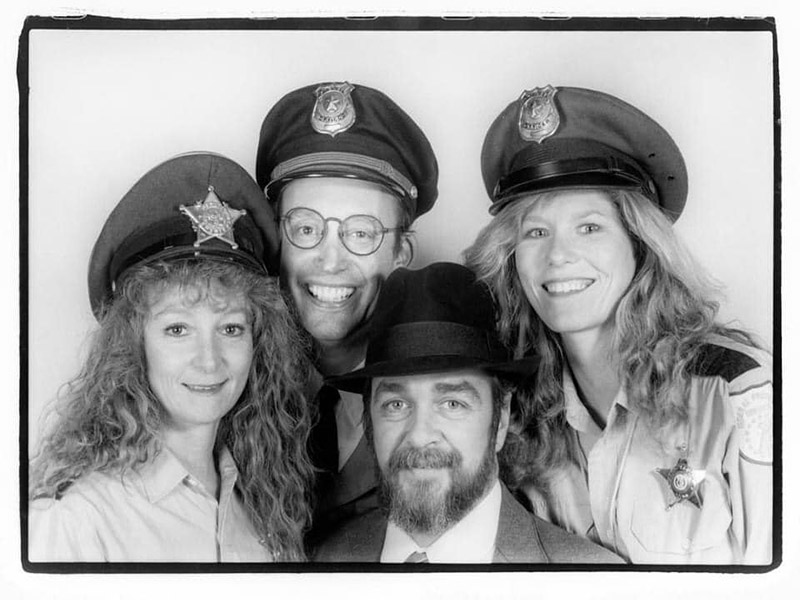 Dent Squad: to protect and preserve your factory finish.